This year I said that I'll take on myself the arrengement of the competition, the rules stayed the same, we found a long piece of coast with huge rocks all over the place, should be the best place for tilapia.
about 3 or 4 meters from the shore the bottom drops to about 3 meters.
We went to check if there's fish some two weeks before the competition. Some good barbel was taking big gold Kastmasters 7 and 10 grams. Tilapia was actively taking the topwater Towadi. 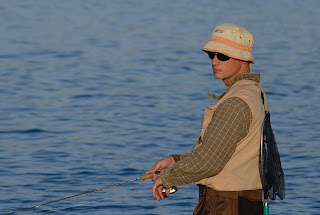 On the competition day we were already there and the people started to arrive at about 5:00 in the morning. After registration and small briefing everyone spread all along the coastline.
The referees were lucky not to break thier legs trying to run all a 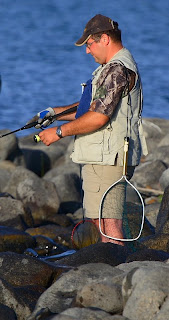 long the coastline, watching that everything goes right.
The left side was working well and people were taking fish after fish, but in the middle and left guys stuggled for every single tail.
In the middle the leaders were already far enough to compete between themselves, not caring about the oters left behind.
Finally the last ring and everyone meets the referees at the center, final weighting the fish and it took some half an hour to count all the results. 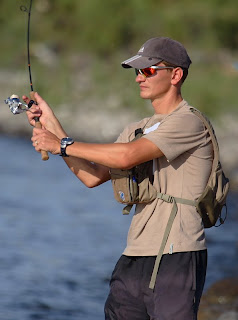 Finaly the first place took over 50 tails.
This was uor second time and it went pretty well, will everyone enjoyed.
Will try and make it even better next year.