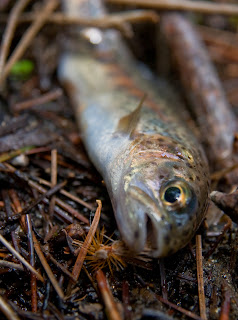 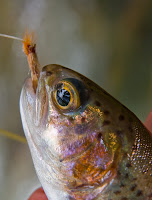 With short notice I am on my way to business trip in central California.
Most guides I have contacted said this is not the best season for river fishing, that after snowy winter all rivers are still unfishable. Only Tim Hutchins from Yosemite said that small stream fishing is very good now in the area.
I long wanted to try some wild small stream fishing and so on the second day in California I'm on my way from San Francisco to Yosemite. 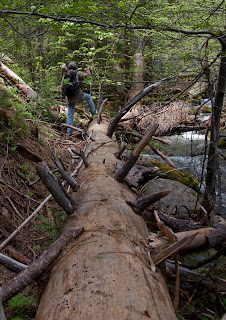 Nice walk through the park and we get to a very small pretty stream. We follow it on the way down for some time and then starting to fish upstream until our start point.
My first cast with Tim's signature stonefly dry fly, and lighting fast strikes, resulting in fish hooking itself.
The fish is small, but not too spooky and very fast. Later I'm starting to find the fish myself and striking on bites (instead of missing them)
The trout is just beautiful, looking perfectly camouflaged on the stream bed.
Somewhere at the afternoon we hook a nice Arctic Char, later on we catch another one.

It was a beautiful place, with one great fishing. The fish has never seen a fly.
Tim is a very good guide,helping a lot. Besides the fish, he thought me many useful skills for such places.
I will definitely do some more small stream fishing. 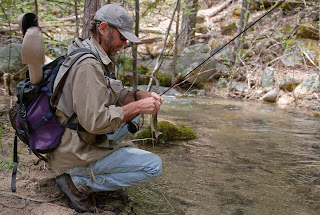 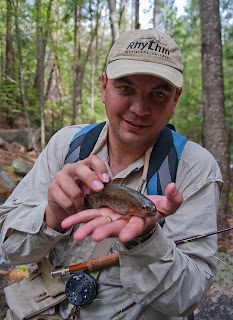 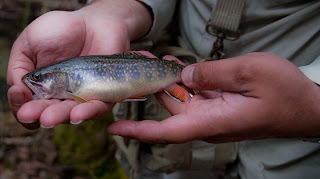