So there is a fly shop  in Cedar Square, Johanneburg called FlyFishers Unlimited.
In the last couple of years it has become all our flyfishing needs main point of contact.
This is where I go to bombard with all questions and problems I have collected between trips.
And they would listen and answer patiently.
This time we wanted some kind of flyfishing clinique to improve our skills.
We prefered Yellowfish, but it wasn't the best season for them, because the rivers were too high due to rains.
Murray came  up with a proposal to go to Dullstrom for a stillwater trout clinique.
We agreed immidiately.
On Thursaday 24 Feb at half past four in the morning, we took off from Pretoria to Dullstrom with Murray as a captain. 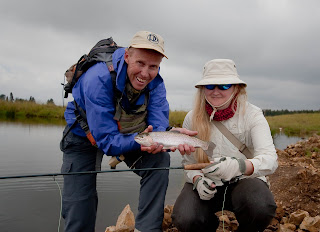 Mavungana Syndicate Water is a big lake looking very nice.
Murray started to explain were should we start from and what rigs would he usually use first.
We have assembled three different setups.
Dragon and buzzer, dry/dropper and streamer and nymph on intermidiate line.
We started fishing I had no response on both static dragons and moving leach.
Ella had little response on dry/dropper as well, but as soon as they swiched to white streamer, and immidiate powerfull bite resulting in line break. 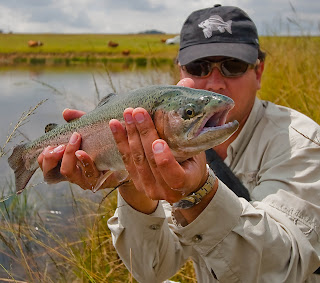 Next couple of casts brought the first fish.
i ave started to see bites on two small nymphs, while drifted below indicator. Taken two good fish.
We have tried to fish the washing line, but with little luck.
After lunch we were hoping for some surface activity and even tied some dries on one rod, but the weather was quickly changing.
There was no fish activity seen at all.
Thunderstorm with heavy rain have drawn a line below this day.
This day was proably the most productive ever, in the means of knowledge.
The atmosfere was great, and we enjoyed every minute of chating with Murray.
So lots of luck to FlyFishers Unlimited, so we could use their hospitality next times. 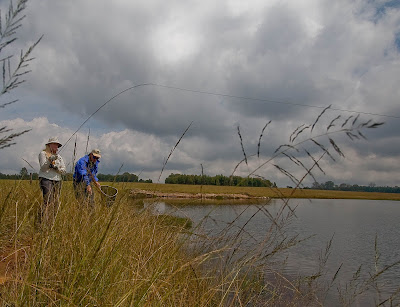 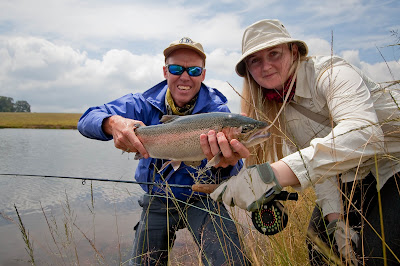 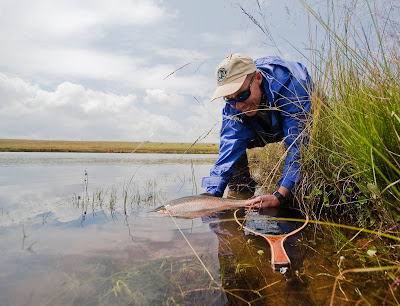 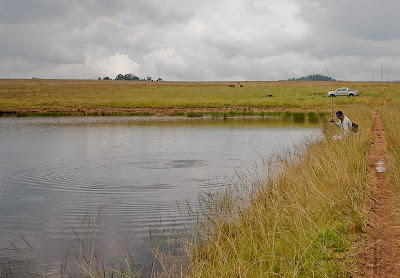 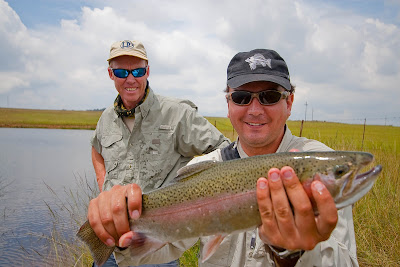 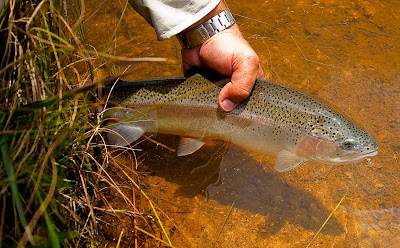